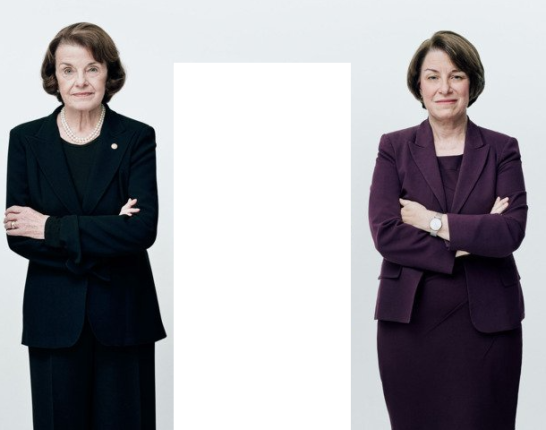 Diane Feinstein, Amy Klobuchar. Top of the news cycles this weekend. Confirmed as enemies of progressives. But worse: as bad people.

In both cases, both women espoused their centrist political philosophies. To be sure, The Young Turks eviscerated Klobacher on policy issues alone.

But what’s amazing about these two cases is that this weekend is the weekend that these two leading Democratic women were revealed to be — unambiguously — NOT. NICE. PEOPLE.

Why can I say that? Feinstein pissing on children who asked for her support on the Green New Deal. There are many ways to deal with children. Most are innocuous. But some of those ways cross a line that write you off forever. There’s no walking this back for Feinstein. This isn’t about policy. This will be graffitied on her gravestone.

Regarding Klobuchar, she has the highest turnover rate of staff in the entire Senate over the last 20 years. It’s because she’s absolutely awful to her staff. The #1 recommended “Reader Pick” comment on the above-linked NY Times piece is the following:

You can learn a lot about someone by watching how they treat people who can’t talk back (waitstaff, cashiers, interns, etc). It’s great advice for evaluating a date, and for evaluating a politician too.

As of this post, that comment has garnered 2857 recommendations, and 44 replies. Out those 44, the vast majority agreed with this take. Only or 5 or 6 disagreed.

It’s these people that disagree with the widespread condemnation of the asshole behavior of Feinstein and Klobuchar that is so interesting to me.

It’s because their defense of these women, especially when posted on Twitter, sort of marks them off too. As in “I guess you’re not worth listening to either.”

It’s amazing because this is happening among the political left. For more than 2 years, we on the left have been asking ourselves how to deal with friends and relatives who support Trump. The consensus seems to be: “f&*k them”. I mean, how do you talk socio-politics with a person who supports that?

And here, near the end of February in 2019, the same dynamic has come to the Democratic Party.

You support Feinstein? I guess that means you support pissing on children. See ya around.

You support Klobuchar? I guess that means you’re down with demeaning the ‘help’. See ya around.

2 comments on “Feinstein and Klobuchar, Ick”

This entry was posted on February 24, 2019 by peter in politics.